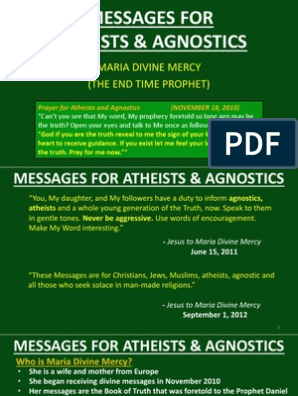 As an agnostic I would never say a person's belief or non-belief in God is not valid. Their belief doesn't change my values of truth or become proof though. Let's say I found the answer to the existence of God.


If it reached the level of "truth", I would be open-minded enough to change my belief, and choice of agnosticism. I am a Jew, and in my heart, I deeply know that there is no God. I deeply know that one human cannot be holier than another. I deeply know, that a Gentile is just as good as a Jew. I deeply believe, that there is no such a thing as a chosen people, for we are all equal. I deeply believe that the Rabbis try to maintain their position of "being holy" and this is at the expense of equality in the human race.

If there were no "holy people", Rabbis, Priests, Imams etc. Please listen to what we agnostics are saying We are not saying we don't have convictions, and for God, we are not asking you if we are agnostic because the person who wrote the article above seems to have a hard time accepting what we are saying , we are reporting to you that we are and that's that. You want to believe me that in my "heart of hearts" or whatever I am agnostic?

You don't? Imagine that we have the "conviction" that the world is flat. Is it? I have that conviction! I "believe" it, so it's flat! It's irrelevant what a person believes in. What matters is how it affects us. Belief is a psychological defense mechanism made to stop reasoning. That's why the Ramba"m must have mentioned "knowing" God in the first Mitzvah in Deot.

I for one can tell you that I have no way of fulfilling this Mitzvah up to as much I've tried. Up to know I've been able to "believe", not to know. Belief is enough in Christianism, but not in Judaism. Belief is a conviction.

That's not enough! Huxley I don't care if Huxley defined "agnostic" as quoted above.

Most of that description sounds atheist not agnostic. A true agnostic would venture no more than claiming that there is no objective evidence for G-d. The entire question of human mortality and life having any meaning over and above the purely atomic and energy level is also an open one to the true agnostic. It is not knowable at this time to say one way or the other he would say.

The lack of objective data of course is irrelevant since it is in the higher dimension of mind that G-d exists. And that is purely subjective. For scientists who believe in God, their intellect can move forward, but for atheist and agnostic scientists, their intellect cannot take a single step forward? Its another example of "our path is the only path"--subscribed to by almost all of the world's religions. What if the true path is expressed only in how you live your life and relate to your fellow humans?

Judaism is one way, but there are many others. Re: What is "faith"? Yes, there is faith just simply arises out of emotion. That's stupid faith. But there is also a kind of faith that is a conviction that something must be so—and without that sort of faith, the intellect cannot take a single step forward. The scientist, for example, has a conviction that the universe is intelligible, and in a very elegant way. A good parent is one who has a conviction that his or her children will succeed, if only they will get the right guidance and encouragement.

A leader, an athlete, a visionary—all these are people of faith. If humanity would follow their power of reason alone, we would be likely still be hunting mammoths.

What do Agnostics Believe?

But not large mammoths. What is "faith"? The comment was made that we are not "knowers", we are "believers". What is to "believe"? To cling to a conviction with no reason whatsoever just based on feelings? To make oneself blind?


I think in that sense "to believe" is no different than that which Christianity and other religions prescribe. I would like to "believe" that Judaism is not like that but too often I find that when encountering the really hard questions people tend to at the end go back to just That is why I think we are all really agnostic.

Because this concept of "believing" to me has no real importance other than what it really does; it's a self mechanism to stop the questioning by looking the other side. It's like "OK, that's too much for me! OK I know how I'll take care of it I'll just 'pretend' and say that in a deep level if I pretend it then it must be 'true' not as facts but as 'belief'. We all do it. Haven't we all had one point in our lives where we've had experience with the divine?

I have learned some of the most meaningful lessons about G-d as I reflect on my past He really has been there. It's absolutely beautiful. At times when faith becomes challenging, I always start where I'm at. I start by thinking about the times when I've have found relief in answer to prayers for peace, or the people that he's sent into my life when I've needed them.

I think about what I very much know to be true, and I move forward from there. Is this pattern of thought common for others? It is for me and it gave me chills to read your words. Ruminating about words and rationality is like a dog chasing it's tail! Here's a great tip! 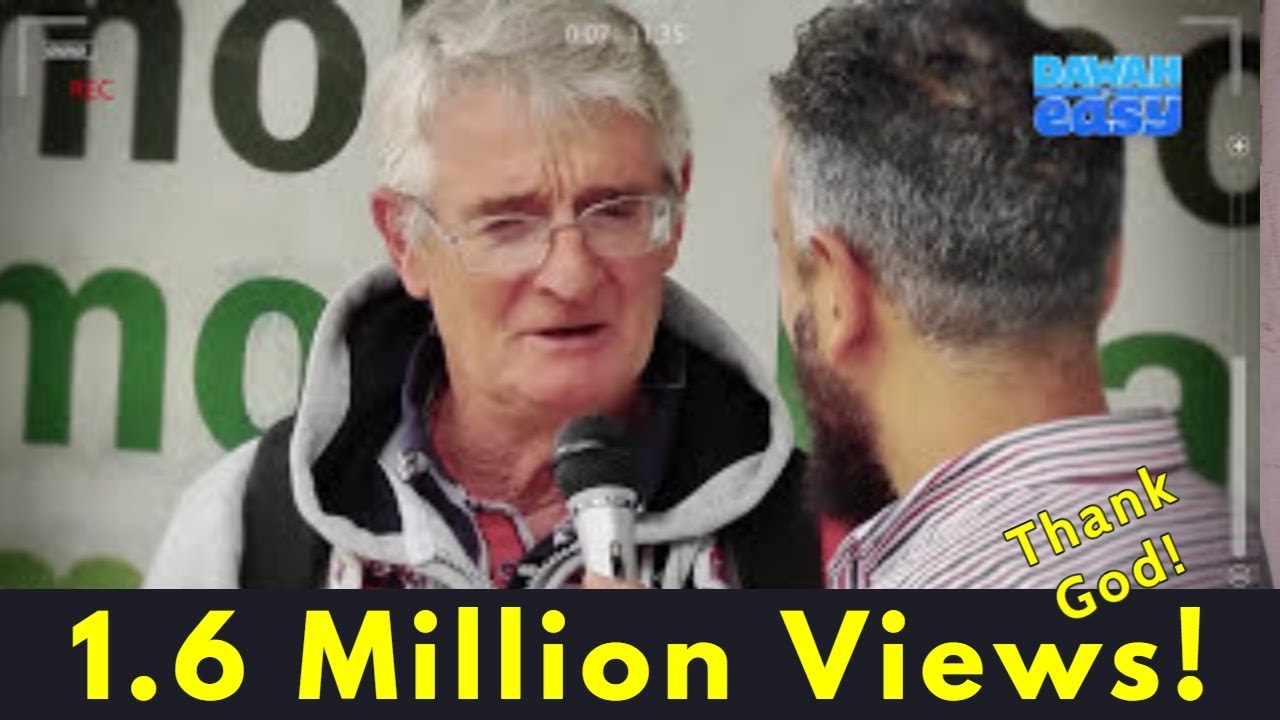 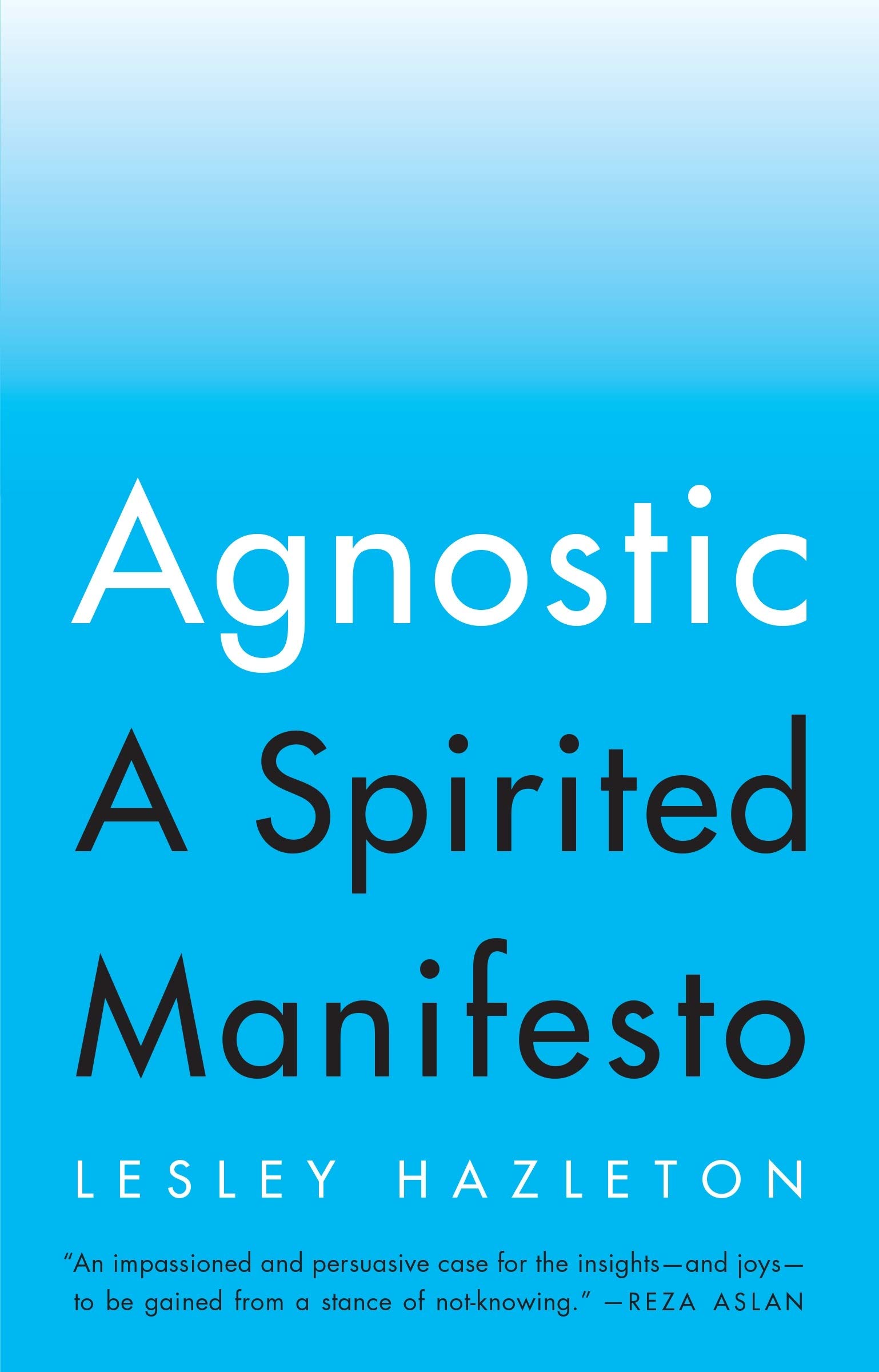